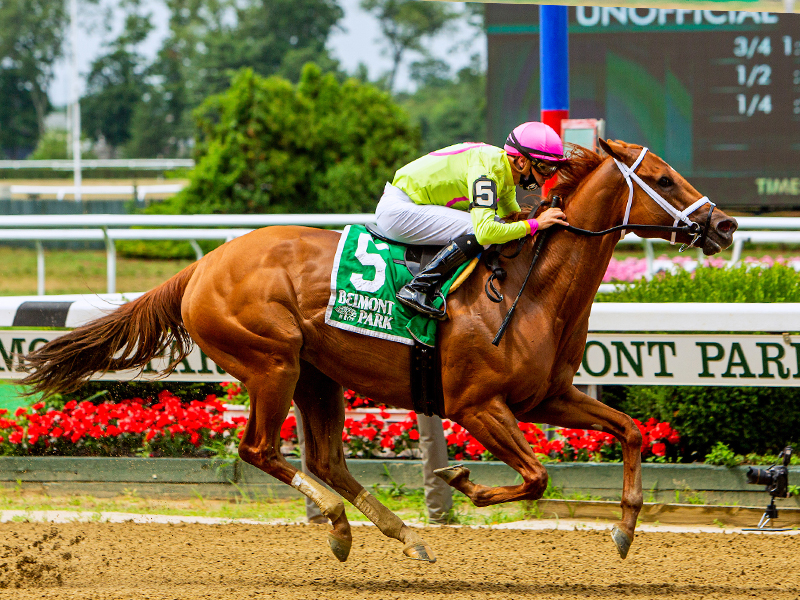 1/ST and NBC Sports handicapper Eddie Olczyk is back this weekend with a trio of horses he’s tabbing in New York and Kentucky. Edzo is steering clear of the major stakes at Belmont and Keeneland and focusing on blue-collar runners at attractive prices.BELMONT PARKRace 2 (12:54PM ET) // Allowance // 6 Furlongs (Turf)
#7 SUMMER AT THE SPA (5/1)
On a stakes card that has short fields and big favorites, there aren’t a lot of places to attack in New York. My best bet comes early with a filly adding blinkers and moving route-to-sprint. Even-money morning line favorite Robin Sparkles appears likely to end up in a speed duel, setting the table. Win bet.

KEENELANDRACE 3 (2:12PM ET) // Maiden Claiming // 6 Furlongs
#7 MAJOR WAGER (20/1)
With wet conditions expected in Lexington this weekend, this longshot could be capable of pulling the upset over a wet track. She earned a much bigger number in the slop at Indiana Grand than she did on dirt, and trainer Anna Meah popped a 14-1 winner Wednesday at Keeneland. Win-place bet. Exacta wheel 7-ALL as well as ALL-7. Daily double 7-6 parlaying our picks.RACE 4 (2:45PM ET) // Claiming // 7 Furlongs
#6 HOP KAT (5/1) His experience and win over a sloppy track in April at Gulfstream is expected to come in handy. It’s a wide-open race with a 7-2 morning line favorite who has never been on anything but fast footing. Win bet.