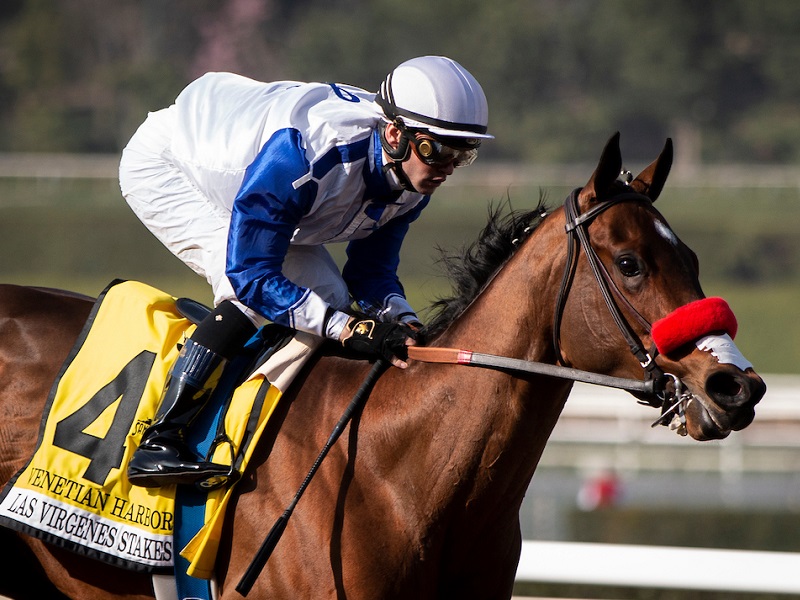 Even with a relatively ‘quiet’ Saturday, we’ve got great races at Keeneland, Belmont and Santa Anita domestically, as well as internationally in Great Britain and Australia.

I’ve identified five stakes races I’m looking forward to on Saturday, along with a best bet and best value horse in each. We probably won’t strike gold with every pick here, but hopefully we deliver more than we miss.

And be sure to check out Xpressbet’s $500 Pegasus World Cup Feeder Tournament, featuring races at Santa Anita, as well as our other promotions.

One of Britain’s premier cards is contested Saturday morning as Ascot hosts four Group 1 events, headlined by the QIPCO Champion Stakes and the Queen Elizabeth II Stakes. The Champion, which has been won by the likes of Frankel, Twice Over, Cirrus des Aigles and Cracksman in recent years. Last year’s heroine, MAGICAL, is back for another shot but I’m taking a chance with LORD NORTH. He was an astounding winner of the Group 1 Prince of Wales’s Stakes over this course in June and was hindered by a lack of pace in the Group 1 Juddmonte International at York in August when beaten by Ghaiyyath. MAGICAL will be right there at the finish as well, along with stablemate SERPENTINE.

I like races like this, where you’ve got a big field (11 entries) and a projected favorite/second choice with major questions. That’s MITCHELL ROAD. She’s a nice mare (7-for-17 with $600K earnings) but this race is at six furlongs and she doesn’t sprint and her best efforts have come when she made the lead and that isn’t going to happen this go around. XANTHIQUE, on the other hand, loves Belmont (3-for-5) and this distance is in her scope. For a longshot play, let’s give SUNNY DALE a look. She’s 0-for-3 on turf and outside drawn, but she picks up Irad Ortiz Jr. and could surprise.

I see plenty of speed in this race and, almost more concerning, most of the speed is stretchout speed that has never been beyond 5 or 5 1/2 furlongs. Not saying those horses can’t win this, but ROCKET RELOAD, CHARLIE’S PENNY and REINFORCED probably won’t do what they did in recent races. SOUPER SENSATIONAL got a perfect trip in her debut and looks like the one to beat, while Hastings invader HEIDI won’t be impossible. It’s not generally my preference to advocate a horse like HEIDI, shipping from a small track like Hastings to the big leagues at Woodbine, but she broke her maiden by 5-lengths, is bred to handle the turf and this field isn’t exactly insurmountable.

The race of the day (on paper, at least) is the G2 Raven Run at Keeneland and this field features a bit of everything. VENETIAN HARBOR and FOUR GRACES boast breakneck speed and each is a graded stakes winner. TONALIST’S SHAPE and FINITE are both four-time stakes winners and SECRET KEEPER ran phenomenally in the G3 Torrey Pines at Del Mar in August. For a likeliest winner, I’ll give a slight nod to VENETIAN HARBOR. I love that she’s drawn outside of FOUR GRACES and her last three losses came when second to Swiss Skydiver, Speech and Gamine. So while she’s been a little allergic to the winner’s circle, she should benefit from a softer spot here.  For a longshot, I think you have to give a look to REAGAN’S EDGE. Like VENETIAN HARBOR, she has had the misfortune of chasing a superstar (Frank’s Rockette) in her last two starts and while this field is incredibly deep, she should get a nice midpack/closing trip.

Santa Anita’s Saturday marquee event is the G3 Autumn Miss for three-year-old fillies and WARREN’S SHOWTIME will be a popular single in the Late Pick 4 and Golden Hour Pick 4. She’s a three-time winner over the Santa Anita turf and was most recently third in the G1 Del Mar Oaks. Bottom line, she brings credentials. If there’s an upsetter, it might be NASTY. Previously trained by Brad Cox, she broke her maiden by 8-lengths on the lawn at Indiana Grand and followed that up with an allowance victory. She ran into a yielding course in the Indiana Grand Stakes but should get firmer footing on Saturday. She has tactical speed in a race without a ton of pace and could hang around for a piece.

For a wildly different take on this race, check out Jeremy Plonk’s Xpressbet Race of the Week analysis.