What I’m Looking for in this Weekend’s Preps 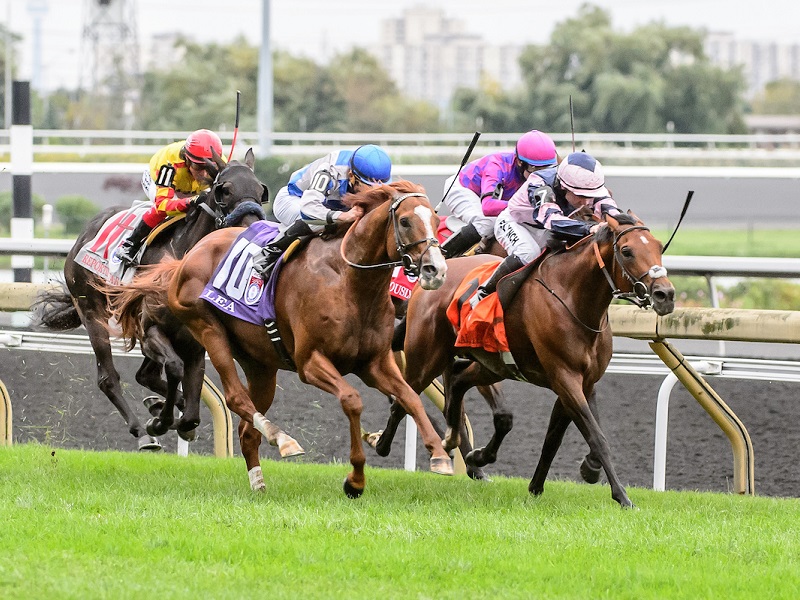 I don’t know about you, but there’s something about this time of the year that I can’t get enough of.  Every week, from coast-to-coast, quality thoroughbreds are putting the final touches on months of meticulous Breeders’ Cup preparations.  And now the hard work comes down to this - one race to determine if a horse will be a contender or pretender at the World Championships.  No pressure, right?  And as bettors and fans, not only do we have the privilege of watching it unfold, but we can also bet on the results.  And when great horses are in action, great betting opportunities usually follow.  Long story short – I’ll be playing this weekend…will you?

A strong mix of Europeans, Americans and Canadians are set for a showdown north of the border as a dozen runners have been entered in the Grade 1, $800,000 Woodbine Mile, a ‘Win and You’re In’ prep for the Breeders’ Cup Mile.  Since 2011, Woodbine Mile participants have won the Breeders’ Cup Mile three times, including Wise Dan’s back-to-back scores in both races in 2012 and 2013.  Since 2006, US-based horses have won 9-of-12 editions of the Woodbine Mile, but a strong Euro contingent will put that record on the line this year.  I’m most interested in seeing the Aidan O’Brien-trained duo of DEAUVILLE AND LANCASTER BOMBER, while the 2015 winner of this race, MONDIALISTE, adds plenty of intrigue.  WORLD APPROVAL should be on to the Breeders’ Cup with a powerful showing, and Bill Mott’s LONG ON VALUE could be a fringe Breeders’ Cup contender, even if I’m not quite sure he has a race at Del Mar – the 5-furlong Turf Sprint is likely too short, while the Mile could be too long.

Like the Northern Dancer, Woodbine’s Grade 2, $250,000 Canadian isn’t considered a key Breeders’ Cup prep race.  It’s unlikely that more than one horse would exit this and go on to the Breeders’ Cup.  The Canadian hasn’t sent a runner to the Filly & Mare Turf since 2011, but that was the year Canadian runner-up, Perfect Shirl, shocked the world and won in the Breeders’ Cup at odds of 27/1.  If this year’s Canadian sends a horse to Del Mar, I expect it’d be Graham Motion’s QUIDURA.  She was beaten just a head by Lady Eli in the Grade 1 Diana at Saratoga and her early tactical speed could make her dangerous at Del Mar.  Chad Brown’s representative, ELYSEA’S WORLD, has been a disappointment in 2017.  She’s 0-for-5 with two losses as the favorite.

The Grade 3, 125,000 Bold Venture Stakes probably won’t send a horse to the Breeders’ Cup.  The field is made up of primarily local sprinters who have been racing on Woodbine’s synthetic track.  It’ll be interesting to see if the Arlington shipper, GOOD BYE GREG, can take this field from gate-to-wire for talented trainer, Larry Rivelli.  He wasn’t effective in his lone dirt try, however.

The Grade 3, $250,000 Xpressbet Frank J. De Francis Memorial Dash has found a new place on the calendar, having moved to this mid-September date from its previous slot in mid-November.  That may solidify it as a minor Breeders’ Cup Sprint prep race, and I could see one or two of these going on to Del Mar.  The most logical candidates are WHITMORE and FAVORITE TALE.  WHITMORE is 4-for-5 this year and at one time was considered one of the top sprinters in the east.  Now he has to rebuild that reputation.  FAVORITE TALE was 3rd in the 2015 Breeders’ Cup Sprint at Keeneland but has run just twice since – both losses.

Belmont’s Saturday feature is the Grade 2, $400,000 Sands Point, a 1 1/8-mile turf race limited to three-year-old fillies.  Its age-restricted status makes it a relatively fringe Breeders’ Cup prep, but it did send Sentiero Italia to the Filly & Mare Turf in 2015.  Problem is, you have to go back more than ten years to find another.  So even if it doesn’t look like a key Breeders’ Cup runner will come from the race, I’m excited to see which LA CORONEL shows up.  Will it be the one that showed enough promise to merit a trip to Royal Ascot?  Or the one that ran a remarkably disappointing 4th when she got back?  If she’s not ready, Chad Brown’s UNI could be.  She took a big step forward last time.

The Grade 3, $150,000 Iroquois, a ‘Win and You’re In’ race for the Breeders’ Cup Juvenile, attracted a field of 10 headlined by TEN CITY, MO DIDDLEY, FLAMEAWAY and THE TABULATOR.  It benefits from being one of only five Grade 3 ‘Win and You’re In’ events, but usually sends some horses to the ‘Cup.  Last year’s winner, Not this Time, finished second in the Juvenile, and since 2013, seven Iroquois alums have gone to the Breeders’ Cup, including all four winners.  So this race definitely will produce Breeders’ Cup starter(s).  Keep a close eye on it.  What am I looking for?  I’d love to see some of these flashy sprinters show some two-turn merit.  The aforementioned horses looked great going 6-furlongs…but what about 1 1/16 miles?

The female counterpart to the Iroquois, the Grade 2, $200,000 Pocahontas is also a ‘Win and You’re In’ race and has also sent seven runners to the Breeders’ Cup since 2013, including all four winners.  This year’s field is pretty solid, with the 1-2-3 finishers from the Ellis Park Debutante on display.  I’ll be interested to see which (if any) of those horses can bring it around two-turns.  The most likely could be SUNNY SKIES, who was 3rd in the Debutante.  She’s a daughter of Animal Kingdom.

In recent years, the Grade 1, $250,000 Natalma Stakes has been owned by Woodbine’s top trainer, Mark Casse.  He has won five of the last six editions, including the last three.  The race is a key producer for the Breeders’ Cup Juvenile Fillies Turf, and the winner gets an all expenses paid trip due to its status as a ‘Win and You’re In’ race.  Casse swept the Natalma/Breeders’ Cup double in 2015 with Catch a Glimpse, so keep a close eye on his entrants.  Odds are they’ll run well.  He’s got three in – WONDER GADOT, MO BIG CAT and PRETTY LADY.

The Grade 2, $200,000 Summer Stakes is a one-mile turf race that serves as a ‘Win and You’re In’ for the Breeders’ Cup Juvenile Turf.  Like the Natalma, Mark Casse has owned this one recently, having won three of the last four editions.  Todd Pletcher’s Pluck is the only horse to have swept both races, however last year’s winner, Good Samaritan, went on to win Saratoga’s Jim Dandy as a three-year-old.   Casse’s only entrant this year is DIFFERENTIAL, who is light on credentials, but Wesley Ward’s HEMP HEMP HURRAY looked unbeatable in his first two starts and will be tough to beat if he can stretch his speed from 5 ½-furlongs to a mile.

Monday’s feature is the Grade 2, $400,000 Masters Stakes, a race that has sent a number of runners to the Breeders’ Cup Filly & Mare Sprint, despite that Presque Isle is a synthetic oval.  In fact, between 2009 and 2013, the Filly & Mare Sprint winner prepped every year in Erie, PA.  That includes runners like Groupie Doll and Informed Decision.  Not bad for a race that didn’t exist prior to 2007.  This year’s race has a massive field – 12 runners plus 2 AE’s – which is headlined by primarily turf and synthetic performers.  BAR OF GOLD, third in this last year, is a dual-surface threat, while the talented AMI’S MESA has yet to race on a real dirt surface.  It seems unlikely that either is Breeders’ Cup bound, but with a strong showing, you never know.