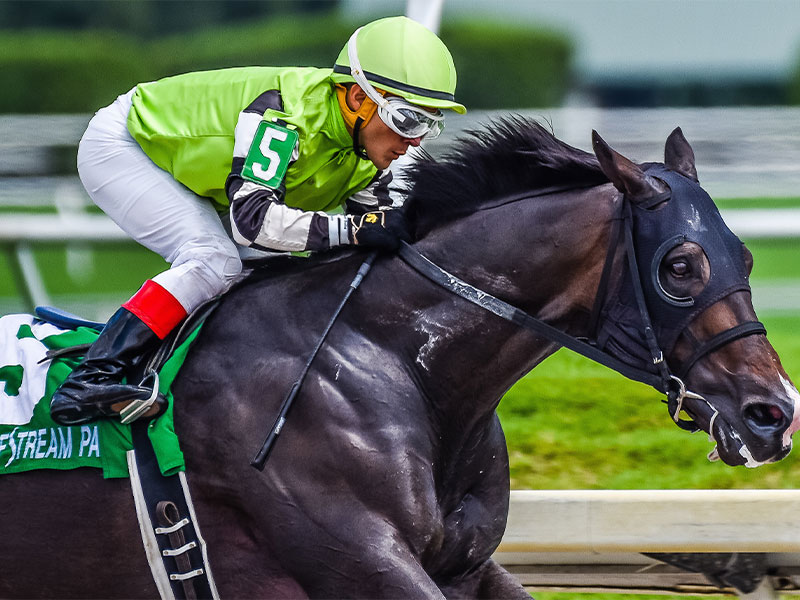 Half of Gulfstream West’s Late Pick 4 on Sunday includes stakes events for Florida-breds, and those two are $60,000 Juvenile Turf stakes for 2-year-olds and the $60,000 Millions Filly and Mare Turf Preview Stakes for aged distaffers.

The Juvenile is a mile and is carded as the seventh race and the Filly and Mare Turf Preview Stakes is at 7.5 furlongs and is the ninth and final race of the day.
Here’s a look at the sequence, along with a $54 suggested ticket:

Race 6 (3:05 p.m. ET, maidens)
COZY CAFE missed by a neck in her last start and was on the board in both career appearances. Clearly good enough for inclusion on any exotic ticket.
GOOD SHABBOS has had a lot of practice (seven starts) and most recently was fourth at Monmouth. Has faced quality runners and is long overdue.
GOODBYE GABY has the speed to battle from the outset, and like Good Shabbos makes her eighth start. Due to stay.

Race 7 (3:38 p.m. ET, Juvenile Turf S.)
LIGHT US UP was fifth in two stakes races at Monmouth and Aqueduct and that experience should come in handy here. Can improve stretching out to a mile.
FULMINI ran out of gas last in her last one and can benefit from have had the start over the course. Should be able to stretch out in good order here.
CHESS’S DREAM ran well in turf races and then was outrun in a distance stakes race in the slop. Legit player despite being a maiden.
HOT BLOODED won the Proud Man Stakes last out in a clear showing of his affinity for turf. Classy and capable of a repeat performance.

Race 8 (4:08 p.m. ET, claiming)
BEAST OF WILDWOOD won two straight in the late summer and gets Lopez up. Likely to stalk closely and engage when called upon.
ITSMYLUCKYGIRL scooted home with three straight wins, including twice over this strip in her last two. Seriously enjoys the place and could be one to hold off.
SOLID AS A ROCK held on for third after battling just ahead of Itsmyluckygirl last out. Her speed always makes her dangerous.

Race 9 (4:42 p.m. ET, Millions Filly and Mare Turf Preview S.)
MO OF THE WEST was too late in her bid last time as she followed a slow pace. Likely to get a more favorable setup and can make a run vs. these.
LOVELY LUVY closed well for second last time up and is in the mix more times than not. Likes the two turns and it could be her day.
BIENVILLE STREET was second by a neck in the Monroe Stakes two races back and has look a lot of good fillies and mares in the eye. Looks close to nabbing a stakes victory.