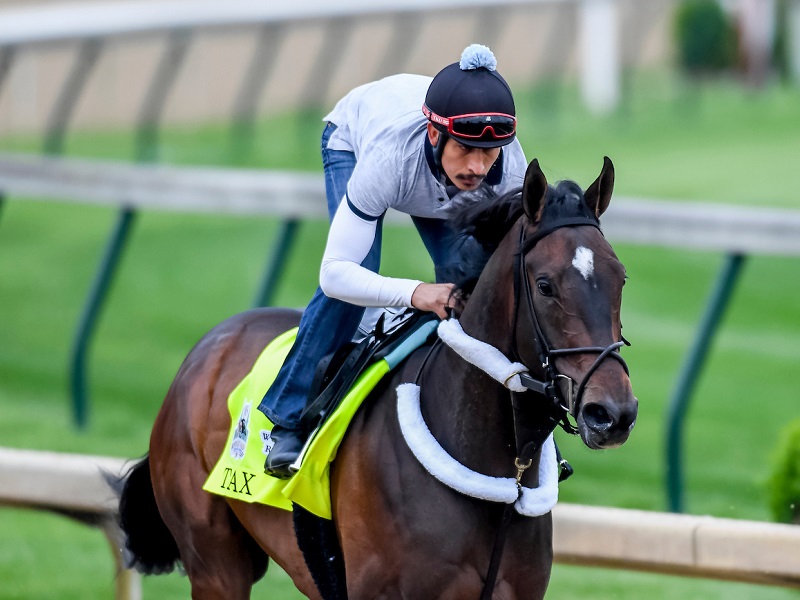 Our team at XBTV has been reviewing key workouts toward Saturday’s Pegasus World Cup and Pegasus World Cup Turf. Follow not only the workout report information, but expert handicappers’ advice, 1/ST BET artificial intelligence selections, historical facts and more in the 1/ST Pegasus World Cup Wager Guide.Pegasus World Cup Workout Report // Zoe CadmanCODE OF HONOR 1/18 Payson 4 furlongs :49.40Consistent sort, while lacking the brilliance of his peers, has outlasted them in soundness and durability. Grade 1-winning son of Noble Mission worked a half-mile under his regular exercise rider on the inside of stakes winner Performer. Never a flashy work horse, he basically went through the motions showing just enough energy while never really getting out of second gear. It would have been nice for him to get his head down in front at the wire, but Performer is better than him in the mornings.MR FREEZE 1/16 Gulfstream 5 furlongs :59.83Second in this race last year at age 5, it seems Mr Freeze is like a fine wine – only getting better with age. I’m not sure the son of To Honor and Serve has ever been better! His Jan. 16 drill over a glib Gulfstream Park surface (one in which he loves) was as good as I have ever seen him. He broke off sharply and finished up strong thorough the wire, every 1/8-mile getting better and better. That was in stark contrast to the (solo) work he put forth last year going in 103-and-change before the World Cup…and he ran second!TAX 1/8 Palm Meadows 4 furlongs :46.45Tax’s tour de force win in the Harlan’s holiday stakes as a prep was simply brilliant. Off for 7 months prior, he has rebounded in terrific form and is simply a must-use. Judging by his sharp solo half-mile mile drill January 8, perhaps we may see a better version of Tax this year. He looks like he means business moving fluidly thorough the lane, ears pinned showing the grit and determination that has made him the ultimate over-achiever.INDEPENDENCE HALL 1/16 Santa Anita 6 furlongs 1:12.60The lightly raced Independence Hall was run off his feet in the Grade 1 Malibu and will likely appreciate going back to two turns for this. His January 16 work with the over-matched The Stiff was terrific. Kept in the bridle by his stablemate, he knocked off :12s like a hot knife through butter, easily cruising to the wire with another quarter-mile gallop out. It was a super work by a horse who, if he can keep his cool, could be dangerous at a price.Pegasus World Cup Workout Report // Millie BallSAY THE WORD 1/18 Santa Anita (tt) 4 furlongs :49.20Say the Word is thriving right now. His grass work at Santa Anita on January 10 was pleasing, but his solo, half-mile breeze on the training track 8 days later was, in trainer Phil D'Amato's very word, "tremendous." He bounced over the training track for 4 furlongs like it was a warm-up event, and proceeded to gallop out an extra lap (not a misprint) with so much energy and ease. He has tremendous air! I find myself watching his works with my foot hovering over an imaginary gas pedal, dying to step on it to see what'll happen. I will be waiting eagerly to find that answer out on Saturday.LARGENT 1/16 Palm Beach Downs 4 furlongs 1:01.49SOCIAL PARANOIA 1/16 Palm Beach Downs 4 furlongs 1:01.49Largent is as consistent a racehorse as you'll find, never finishing out of the exacta in nine career starts. The same can be said for his library of works collected on XBTV. He is usually found working on the Palm Beach Downs main track, outside of company, with the exact same gameface on. January 16 was the quintessential drill for this 5-year-old gelding. Enough said. His work partner on this morning was Pegasus World Cup Turf rival Social Paranoia, who appears on the lazier side – or simply finds the dirt surface hard work. He's tougher to endorse off his breezes, but you can't ignore his record on the turf at Gulfstream.