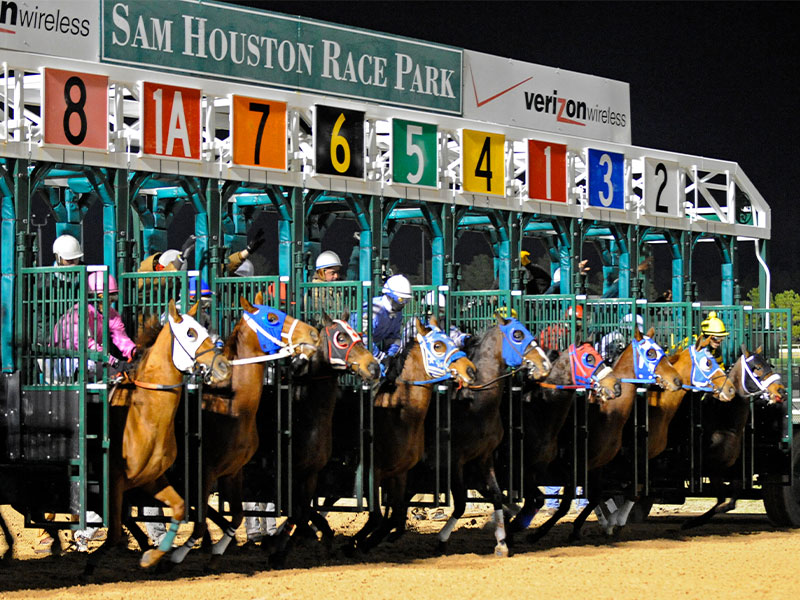 Sunday is the day for the Houston Racing Festival, and Sam Houston Race Park will welcome a large contingent of quality stakes runners for the 10-race card.

Always getting my attention if the Late Pick 5, and in this case it’s an all-stakes production with the Grade 3 $300,000 Houston Ladies Classic Stakes, the Grade 3 $200,000 John B. Connally Turf Cup Stakes and the $200,000 Texas Turf Mile Stakes as the top events.

The sequence opens with the sixth race and hard-knocking Nitrous will be heavily favored to the win the $75,000 sprint.
Here’s a look at the five races and the $72 suggested play:

NITROUS travels all over the place and generally does well. He was a clear winner in the Thanksgiving Classic at Fair Grounds and is clearly the one to beat. On the other end of the odds ledger, MESA MOON has a chance to run well at a big price. He sprinted against Welder and in his last one was victim to an odd approach as he went long and was taken back, only to run a non-threatening third. He’s lightning quick and is back to a sprint.

EXCESS MAGIC was an easy winner at Fair Grounds in his latest and has not lost in three grass races. This is his first stakes attempt, but he’s worthy of entry into this one.
INVINCIBILITY was second to Excess Magic last out and has improved in his last two.
FIGHTING FORCE was second in the Dania Beach at Gulfstream and has been on the board in all three turf attempts. Can finish well in this spot.
WINFROMWITHIN was a gate to wire winner in his only turf start and will show speed from the outside.

MOTION EMOTION set the pace and tired latest in the G1 Personal Ensign and while unable to win a race last year moved up into mostly premium races and proved she belonged.
LADY APPLE won this race last year and it was her only win of 2020. Has been with some of the best and fits well here.
LETRUSKA cruised to an easy win in the G3 Rampart at Gulfstream last out and won the G3 Shuvee at Saratoga last year. Very good on the front end and she’ll be right there in this one.

TENFOLD generally enjoys the longer distance but his last start was the first turf attempt, and he finished sixth at Fair Grounds. His top effort last year as a third in the G1 Hollywood Gold Cup at Santa Anita in June.

CONVICTION TRADE was second in the two-mile Jerkens at Gulfstream last out and will be close up throughout. Looks like another good claim by Mike Maker.

SPOOKY CHANNEL has been with high-quality runs and has the class to be a big player for most of this one. He’s a closer but on occasion keeps up early.

CATCH A BID makes her first start for Joe Sharp after racing for Chad Brown. She has won three of seven and likely will be close throughout from her inside post.

STUNNING SKY won the G3 Valley View at Keeneland last fall and ran well vs. strong distaffers throughout the year. Looks like the class of this one.