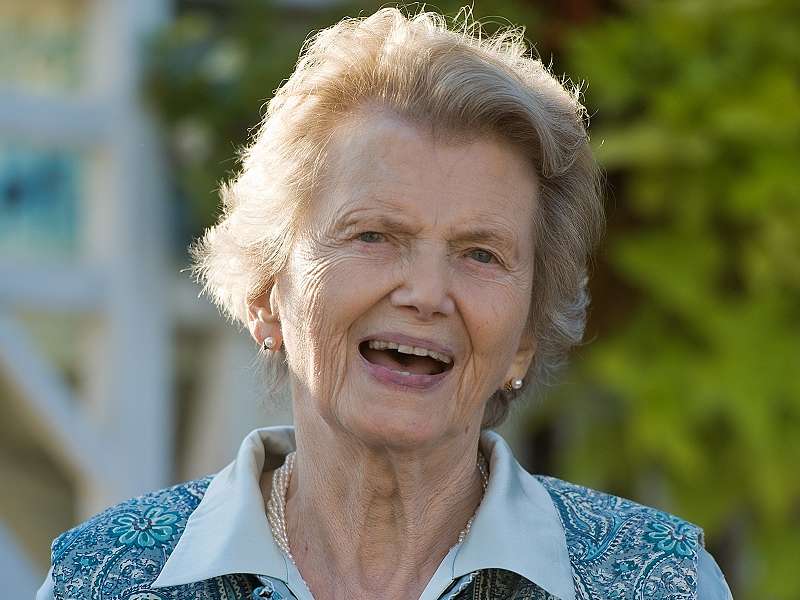 In his fifth decade in the sport, this writer gratefully lists some of sport’s most dedicated, talented and accomplished as friends, associates and acquaintances--trainers, jockeys, owners, breeders, grooms, exercise riders, agents, ushers and hot dog sellers. Unfortunately, many of them are no longer with us. And I miss them.

Saturday, we lost Penny Chenery—crowned queen of the American turf. I never got to meet her; shake her hand, peer into those blue eyes, feel the warmth of that generous smile. We never sipped tea at The Meadow, dined in Boulder, skied in Vail or shared a winner’s circle photo anywhere. Still, like so many racing fans, I feel as if I knew her. That we’ve lost a friend. How can that be?

Easy. She made it that way.

In 1973, as an original television media darling, Penny Tweedy embraced her starring role as Secretariat’s owner—the first Triple Crown winner in 25 years. A season earlier, she prepped for the part as her Riva Ridge won the Kentucky Derby and Belmont Stakes. Still, that production was nothing like the next blockbuster. As if fate had hand-picked Tweedy and even ‘given her a race,’ she was ready to do it again with Secretariat, bigger and better.  Along the way she exploded societal and Thoroughbred racing stereotypes to emerge as a fresh and unique inspiration for women and, as an ESPN Classic piece described her, “…everybody’s favorite television aunt.”

Penny Tweedy. Even her name sounds manufactured in Hollywood. Made for television. It rolls rhythmically off the tongue, propelled by a hint of wealth and privilege, tempered with a flair of familiarity. Her given name was Helen Bates Chenery, but “Penny” was a much better fit for the dual role she embraced for decades: queen of the turf and horseplayer darling.  There she stood in the stands on national television--a thin, smiling, blue-eyed, 50-year-old housewife and mother of four cheering, rooting her horses home and waving arms in celebration like someone that’s just nailed the double with a case deuce.

Smarts and determination enabled her to effectively assume the reins of Meadow Stable from an ailing father and to successfully captain the ship across threatening seas, but she never assumed more credit than she deserved. She didn’t set out to be a pioneer, but when the trail disappeared she blazed a new one. Through it all, she never lost sight of an important aspect of her success: good fortune.

“Racing is a game of luck,” said Chenery to Carlos Frias of the Palm Beach Post in October of 2010, “You don’t know if your horse will be talented. There are beautiful horses that can’t run a lick. I just thank God Secretariat was born in our barn and I got to keep him.”

Penny echoed that sentiment three years later when interviewed by Jonathan Horowitz on the 40th anniversary of Secretariat’s Triple Crown triumph. “How do you want people to look back 40 years ago and see your role as Secretariat’s owner?”

“I got lucky!” Penny laughed, kidding on the square.

Raised in the sport, she understood the significance of luck. That Secretariat found her and she him was pure kismet. In 1973, the odds against a female majority owner’s horses winning five out of six Triple Crown races--including the Triple Crown with a Virginia-bred--were incalculable. Chenery also recognized feminine limits in a man’s world. She just never permitted them to dictate terms. Women as prime time players in the sport then were so rare that it would be another 10 years before Penny Chenery, Martha Gerry and Allaire DuPont became the first women admitted to The Jockey Club.

Sham, in contrast, was unlucky to be born in the same year as Secretariat. Minus Big Red Sham would have won the 1973 Kentucky Derby and Preakness Stakes by 8 lengths each! He would have set a track record in the former at 1:59 4/5 and, perhaps, if his equine heart hadn’t been chipped in Louisville, cracked in Baltimore and finally broken by Secretariat on the Belmont backstretch, might have been the first Triple Crown winner in 25 years.

But then we never would have gotten to know Helen Bates “Penny” Chenery Tweedy. And that would have been a terrible shame.