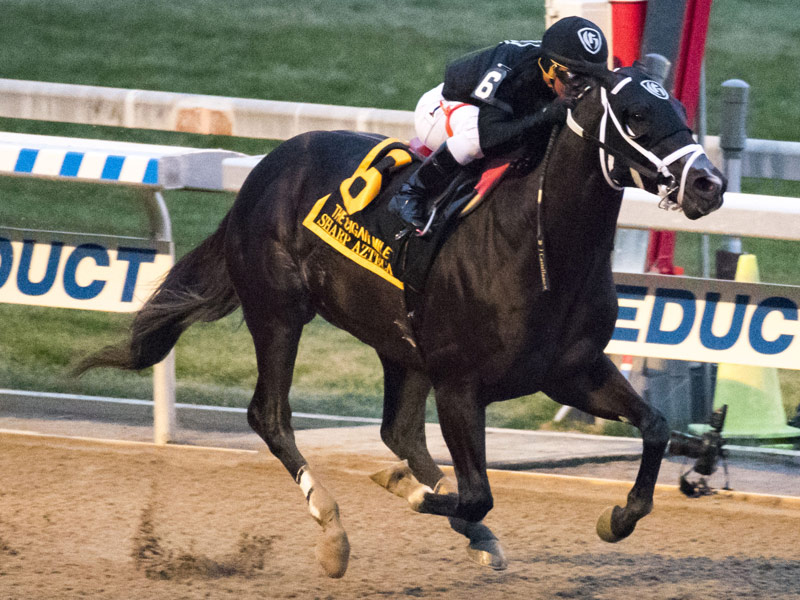 Every Friday thru Sunday 1/ST BET handicapper Jeff Siegel offers his best wagering opportunity from a selected North American racetrack. These “Best Plays” can take the form of a win wager, exacta, trifecta, or a daily double, pick-3, pick-4 or pick-6.

Has dramatically improved in her last pair for high percentage trainer C. Gonzalez after being claimed for just $16,000 last September and in her present form seems quite capable of extending her winning streak to three in this starter optional claiming miler for fillies and mares. Broke her maiden two run back by 27 lengths vs. low level competition and then came right back to demolish a restricted (nw-2) $16,000 claiming field by more than five lengths, blowing past her rivals with an impressive late kick. Protected today, the daughter of Imagining must tackle tougher rivals but at 5/2 on the morning line she’ll offer good wagering value both in the win pool and in rolling exotic play.

First-time starter vans up from South Florida for T. Pletcher after displaying plenty of ability in a series of sharp workouts at Palm Beach Downs. Though his pedigree suggests he’ll eventually do his best work over a distance of ground, the son of Pioneerof the Nile has rained like he’ll be quick enough to act at this six furlong trip, and with the barn’s “go to” local rider K. Carmouche taking the call this $25,000 Keeneland September yearling purchase appears extremely live and well-meant. We’ll make him a play at or near his morning line of 5/2.