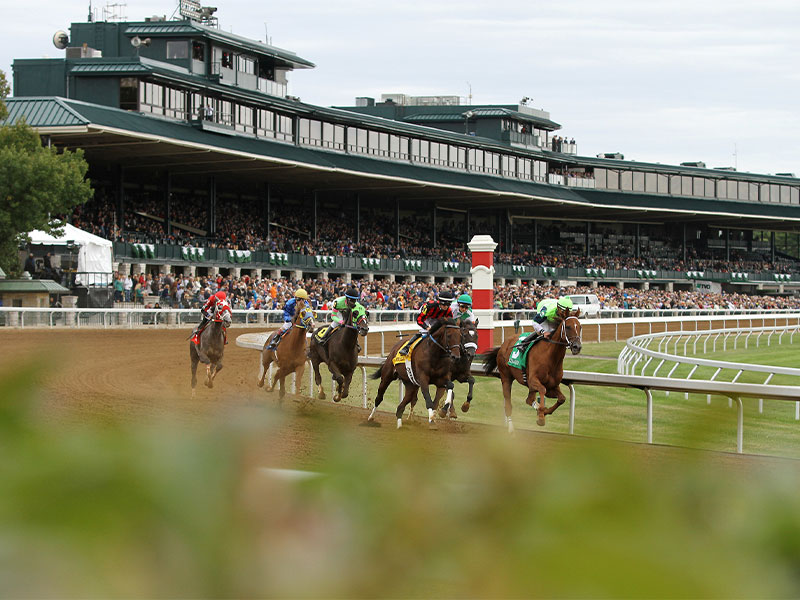 Every Friday thru Sunday 1/ST BET handicapper Jeff Siegel offers his best wagering opportunity from a selected North American racetrack. These “Best Plays” can take the form of a win wager, exacta, trifecta, or a daily double, pick-3, pick-4 or pick-6.Keeneland – Sixth Race – Post time: 3:51 ET
2-Spanish Loveaffair (2-1)Was miles the best when finishing first in the Herecomesthebride S.-G3 at Gulfstream Park in her most recent appearance but had her number taken down for causing interference approaching the far turn, a mistake on the rider’s part that in no way diminishes this filly’s outstanding performance. If she can maintain a straight course today, the daughter of Karakontie will do to this field what she did to the last one, so at 2-1 on the morning line she’s a strong win play and rolling exotic single.Keeneland – Tenth Race – Post time: 6:02 ET
5-Kumari (5/2)Capable on any surface but unbeaten in three starts on the main track, this talented daughter of Munnings has the proper style for this extended sprint distance and should be along in plenty of time after earning a career top speed figure in her recent Oaklawn Park comeback outing. The W. Ward-trained filly shows one prior race over the Keeneland main track – a 15-length romp in her 2-year-old debut at four and one-half furlongs - so we’re expecting the W. Ward-trained filly to be close to a moderate early pace before kicking clear when called upon. We’d love to get close to her morning line of 5/2 on the tote but won’t be surprised if we have to settle for something less.