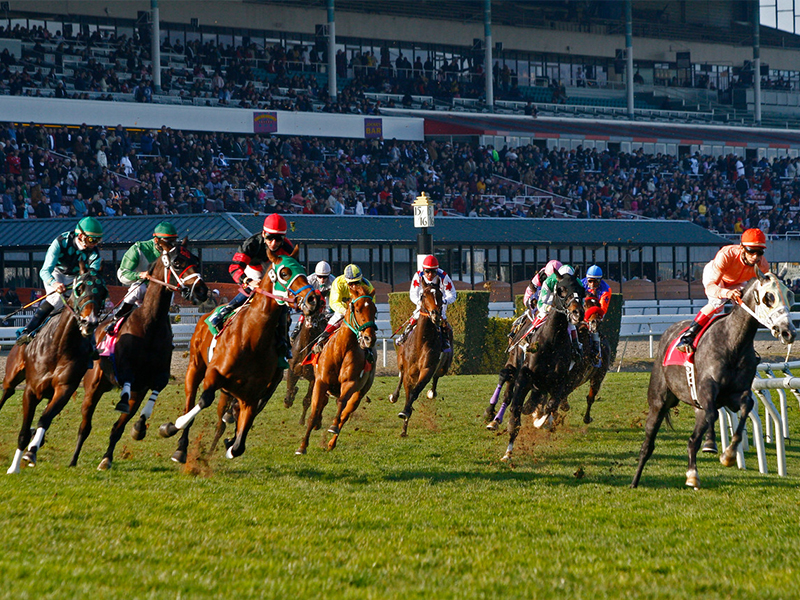 Golden Gate Fields has put together some challenging races in the late Pick 4 on Sunday, including one in which the ALL button is utilized.The sequence runs from races 6-9 and the top challenge of the four races seems to be the seventh which is a mile turf races for 3-year-old fillies. It’s an optional claiming race, and under the conditions has drawn an even field. Seven fillies are in the field, and it’s so competitive that the case can easily made to take ‘em all.The ticket amounts to a 4x7x2x2 approach and a $56 total on the 50-cent play.Here’s a look at the main players:Race 6 (6:50 p.m. ET, maiden)SAWASDEE ran a good second two back and returns as the favorite, only to falter late. Can get back to a front-end position and should be tough all the way.HANDR’SDREAM moves up from maiden claiming and was haltered by Tamayo. Has excellent early speed and could battle out front.JIMMY IRISH worked a bullet five furlongs for his debut and races for the powerful Wong stable, which is hitting at 29 percent. Will get a ton of play.NERVES OF STEEL lost a photo on turf at Santa Anita last out and has been in good races. Capable of a big effort in her first move up to the Bay.Race 7 (7:20 p.m. ET, allowance optional claiming)ALLIt’s a take-your-pick proposition in the seventh. FREEDOM FLYER and QUEEN MOLOTOV could rate an edge in the betting. FREEDOM FLYER comes out of strong races at Santa Anita and QUEEN MOLOTOV was a romping winner in her only start, which came over this strip.Race 8 (7:50 p.m. ET, claiming)RIGHTEOUSLY ran an even third in her return to Golden Gate after a visit to Santa Anita. Won here two races back and is a big player at this level.WILDLY DRAMATIC has been a solid player in all three career starts – all here. She comes off a second, finishing just ahead of RIGHTEOUSLY. Those two will again give their best all this level.Race 9 (8:20 p.m. ET, maiden claiming)LEMON DROP TINI has had 15 chances to get win No. 1 and has been second in four of her last seven. Roman returns aboard and gives her the best shot she’s had at success.QUICK AND DIRTY ran third in her first local start after three in southern California. The drop from maiden special to maiden claiming could get it done for her today.Golden Gate Fields Late Pick 4 on Sunday:
My Ticket
Race 6) #2 Sawasdee, #4 Handr’sdream, #5 Jimmy Irish, #9 Nerves of Steel.
Race 7) ALL (7 runners)
Race 8) #1 Righteously, #7 Wildly Dramatic.
Race 9) #1 Lemon Drop Tini, #2 Quick and Dirty.
Total Ticket Cost) 2,4,5,9/ALL/1,7/1,2 = $56 for $0.50