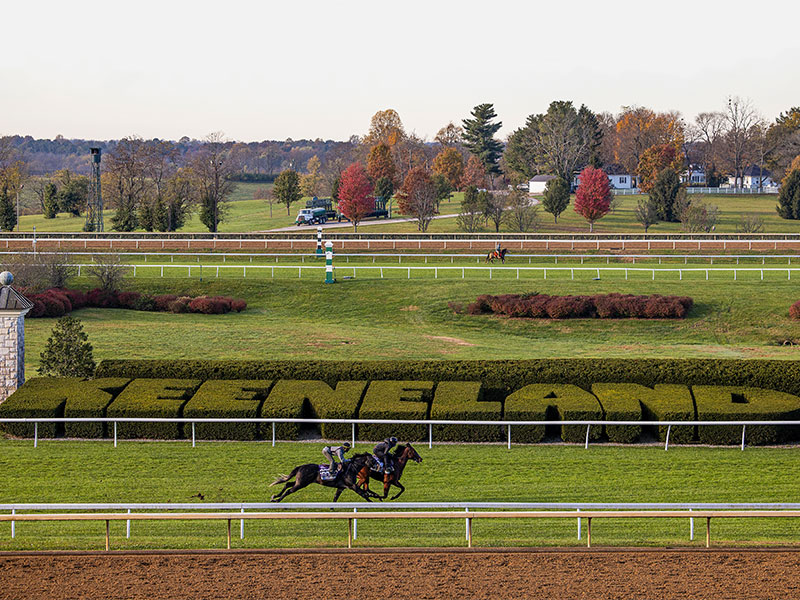 Every Friday thru Sunday 1/ST BET handicapper Jeff Siegel offers his best wagering opportunity from a selected North American racetrack. These “Best Plays” can take the form of a win wager, exacta, trifecta, or a daily double, pick-3, pick-4 or pick-6.Keeneland – Eighth Race – Post time: 4:57 ET
3-Aloha West (7/2)Lightly-raced 4-yerar-old colt has been victimized by poor starts at Oaklawn Park in both of his career outings so if he can learn to leave with his field the son of Hard Spun will have a chance to develop into a very good sprinter. After winning at first asking in pleasing style, the W. Catalano-trained colt lost all chance in his most recent start when pinched back and impeded at the break and did well to finish as close as he did when rallying to be fifth, beaten less than three lengths. At this extended sprint distance he’ll have plenty of time to overcame whatever early difficulties he may encounter, so with the switch to F. Geroux and at 7/2 on the morning line he’s a strong win play and rolling exotic singleKeeneland – Ninth Race – Post time: 5:30 ET
5-Darain (8-1)This talented European import appears ambitiously placed in this year’s edition of the Maker’s Mark Mile-G1 but his recent allowance victory at Fair Grounds was so visually impressive that we’re expecting this well-bred son of Dubawi to be highly competitive against this much tougher group. A winner of three of six career starts, the English-bred colt packs a powerful stretch kick, so with some pace to chase and clear sailing from the top of the stretch to the wire the B. Cox-trained 4-year-old offers a good gamble at or near his morning line of 8-1.