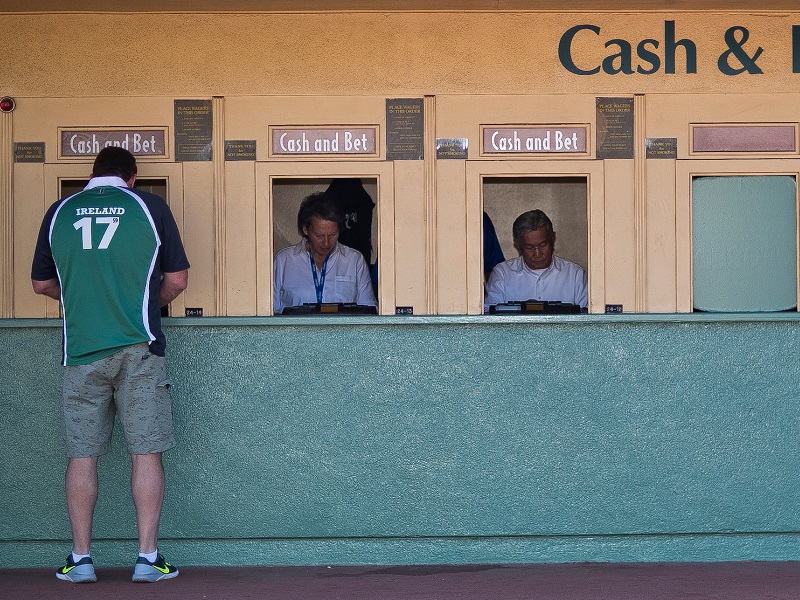 Have you heard? Racing finished first! The longest shot on the board came in and everyone had it. Boxcar payoffs. Drinks on the house! And it wasn’t even a photo finish. Race was over at the quarter pole. What an exacta! Racing on top of the Internal Revenue Service. For once, it came the right way. Reverse was paying peanuts.

This time, however, things were different. On the most clear-cut, slam-dunk matter since ‘No taxation without representation!’ the industry rallied behind a single cause. Horseplayers too! We e-mailed prepared statements, phoned, texted government representatives and did what we usually do best…rooted from the grandstand.

Major props to the National Thoroughbred Racing Association--the group that primarily deals with marketing the sport, organizing handicapping contests and offering constituents great deals on John Deere tractors! Who knew they also were a reformative force in Washington, DC? Maneuvering that ‘swamp’ probably requires more than one of those tractors.

In this race, the IRS finished a poor second. That’s right, the I – R - S! Or, as it’s sometimes known, ‘Infernal Revenue Service.’ The world’s most effective collection agency. They’re not accustomed to settling for ‘place’ money. After all, they jailed Al Capone! You think they gave a road apple about Al Waldrop? Maybe they should have. This time the IRS waved the white flag. Failed to answer the bell. Hit the snooze button. Why? Who knows? It certainly wasn’t because there was an archaic tax code on the books that negatively had affected horseplayers for decades. Fairness or, more accurately, unfairness doesn’t count or cause the IRS pause. It’s their way or the highway. And, by the way, if you choose the highway, you’ll spend a long, lonely stretch of it in a federal pen cell.

Actually, the IRS didn’t ‘lose’ anything. They merely extended horseplayers some ‘Withholding Love.’ Uncle Sam still will tap winners, but at least now the shakedown won’t be at gunpoint during a post-race celebration. Under new regulations, the IRS will consider the inclusion of a bettor’s entire investment in a single pari-mutuel pool when determining the amount reported or withheld for tax purposes, as opposed to only the amount wagered on the correct result. Basically, that means a winning $2 pick six ticket with multiple combinations that costs $1,000 and pays $10,000 won’t suffer immediate withholding. Also, a pick five play that costs $500 and returns a few grand for a 50-cent payoff won’t be reported to the IRS.  More money to players, less paperwork.

According to a press release: “The amended regulations, advocated by the NTRA and its legislative team, define the “amount of the wager” to include the entire amount wagered into a specific pari-mutuel pool by an individual – not just the winning base unit as is the case today – so long as all wagers made into a specific pool by an individual are made on a single totalisator ticket if the wager is placed onsite. The modernized regulations will have the same positive results for ADW customers and will not impact how those wagers are currently made.”

For those who like to play ABC-style tickets, the last bit above suggests that ‘onsite’ (track, OTB or simulcast, etc.) wagers must be on one ticket, while ADW players will be able to submit several ‘tickets’ into the same pool and still have the total amount wagered count as a single investment toward a large payoff.

According to the NTRA press release: “…these updated regulations will allow horseplayers to keep more of their winnings, thereby increasing the amount wagered on U.S. pari-mutuel racing by as much as 10 percent annually, or upwards of $1 billion, according to independent estimates.”

As many horseplayers bask in the warmth of ‘Withholding Love’ it should be noted that the new regs only really impact players that cash winning tickets for huge payouts. Unfortunately, that hasn’t happened around here since Bob Baffert had brown hair.