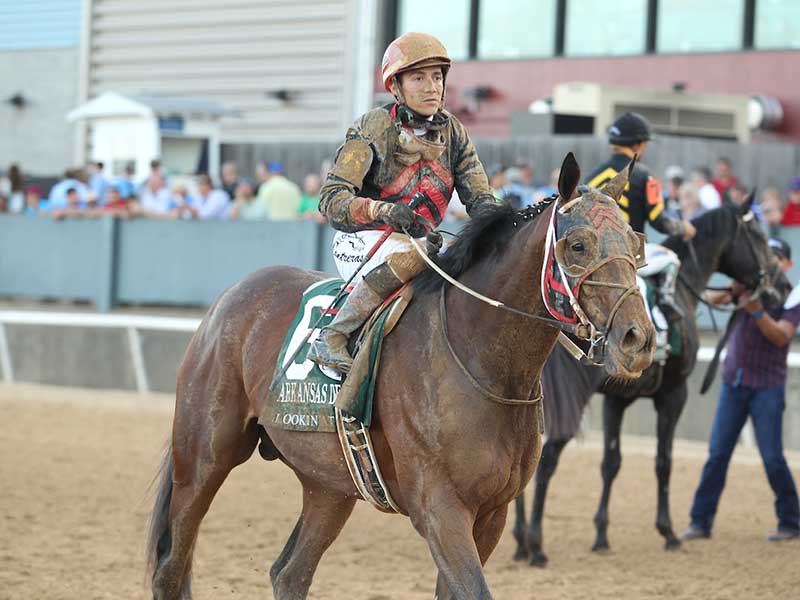 Resumes and recognition don’t always jive in Thoroughbred racing and the current Triple Crown series brings about a very good example. We have a pair of horses both owning second and fourth-place finishes in the Kentucky Derby and Preakness, but you’d be hard-pressed to find anyone who thinks their accomplishments are equal.

Both Lookin At Lee and Classic Empire have come out of Arkansas with awfully similar resumes in the Triple Crown series through two legs. Lee ran second in Louisville and fourth in Baltimore; Empire posted a fourth in Louisville and runner-up in Baltimore. Most years, you’d take the Derby second over the Preakness second when ranking which horse in a 2-4, 4-2 debate gets your nod. But you won’t find many horseplayers or fans stretched from Kentucky to Maryland to New York willing to put Lookin At Lee on the same level as Classic Empire.

I’m not here to make that case either.

Lookin At Lee likely benefitted from a firmer rail on Derby Day when rallying on the pine. Classic Empire had his obvious share of trouble in the opener and ran too good to lose on the front battling in the Preakness. And for rubber-match purposes, we don’t have to wait for the Belmont. We can look back a race to Classic Empire’s victory in the Arkansas Derby when Lookin At Lee managed third. But, in fairness, only 1 ½ lengths separated them in Hot Springs. But when you dial back to the 2YO ranks, Classic Empire beat Lookin At Lee twice by 3 and 12 lengths.

The gap between these two horses appears to be more than the 2-4, 4-2 finishes in the Triple Crown series suggest. The pendulum swings solidly to the Classic Empire camp. Maybe the Belmont Stakes will further prove that out as Classic Empire figures to be a very solid favorite in the absence of Always Dreaming and Cloud Computing. Then again, Steve Asmussen-trained Creator won last year’s Belmont Stakes with a similar style and even more uncertainty than Looking At Lee.

It really would not be a shock if Looking At Lee won the Belmont Stakes. And, even if he does, the Triple Crown series resume will look awfully favorable for him compared to not only Classic Empire, but the entire 3-year-old crop. A horse going 2-4-1 in the Triple Crown would have to be respected up against Always Dreaming’s 1-8 efforts and the single shot fired by Could Computing.

Again, I doubt you’ll find anyone ready to move Lookin At Lee to the head of the class after the Belmont Stakes even if draped in white carnations. He will have the resume, but recognition won’t be fast to follow. But Always Dreaming will have to do some more damage to reclaim the recognition – his predecessor Super Saver did not do so in 2010 after a 1-8 performance in the Derby-Preakness and wound up losing the 3YO title to Lookin At Lucky behind wins in the Haskell and Indiana Derby.