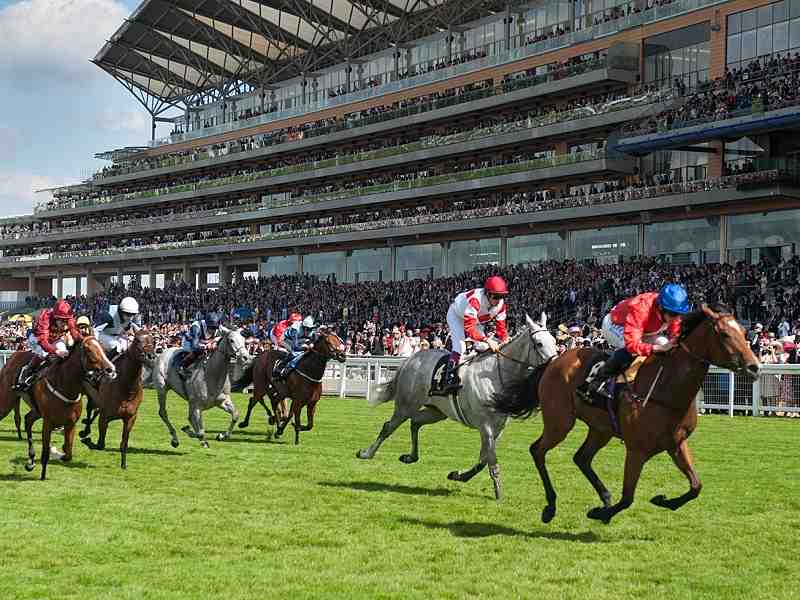 Love, once again, conquered all. The most recent triumph came Wednesday in Ascot’s G1 Prince of Wales’s Stakes (VIDEO) at one mile and one-quarter. The multiple Group 1 winning 4-year-old filly--away since defeating filly and mares in the G1 Darley Yorkshire Oaks at York in August--returned victorious for the seventh time in 11 starts. She went to the front and improved her position throughout the journey to hold determined fellow female 5-year-old Audarya safe in the final strides.

Jockey Ryan Moore and trainer Aidan O’Brien combined talents to deliver the favored filly for her first victory over males and her fifth G1 tally. With the score she earns a spot in the Breeders’ Cup Turf, if connections (Tabor and Smith) decide to pursue that avenue…and they just might.

That duo is expected to return to the winner’s enclosure Thursday at a much shorter price when #4 Stradivarius makes another Gold Cup appearance in the fourth race. It has been said, ‘The older the violin, the sweeter the music.’ That appears to be the case with this 7-year-old in the Ascot Gold Cup at two and one-half miles. The race headliner and favorite will attempt to join Yeats, who recorded four consecutive Gold Cup victories between 2006 and 2009, atop the list of all-time Gold Cup winners. He’ll be less than even money to do it!

A homebred, the full horse won his last start at Ascot in April by taking the Gr. 3 Longines Sagaro Stakes. Trained by John & Thady Gosden (John’s son), Stradivarius seeks a fifth consecutive Ascot victory and seventh tally in 10 attempts there. His first Ascot triumph came in the G2 Queen’s Vase in 2017.

On a media call regarding Stradivarius, the elder ‘training Gosden’ made his affection for the star abundantly clear, “This boy is very vociferous and an absolute riot to be around. He has always been very entertaining and has a great personality. I just tend to let him enjoy himself and, as long as he is enjoying himself, that’s all that matters.

“Stradivarius has won four Goodwood Cups, as well as Yorkshire Cups, Doncaster Cups, Lonsdale Cups. They put up the £1 million bonus two years running, thinking nobody would do it, and he knocked it off both years and finished the insurance company off. He has been remarkable.”

Gosden mentioned #12 Subjectivist and #5 Trueshan as major threats, adding that the latter may prefer ‘a downpour.’ Rain is in the forecast, but the amount and timing are unclear. The potent Magnier/Tabor/Aidan O’Brien team have supplemented G1 Investec Derby winner Serpentine to the race at a cost of £30,000.

On the surface, the remainder of the card is not scintillating, but the Royal Ascot meeting is famous for producing grand drama when the script calls for little or none. The afternoon’s first race is a five-furlong, G2 2-year-old dash that inspires some US interest, particularly surrounding the Wesley Ward runner in the form of impressive sloppy surface Keeneland winner #10 Nakatomi. The second event is a one mile and one-quarter route for 3-year-olds, featuring 6/5 favorite #3 Mohaafeth, winner of his last three. The race conditions are interesting in that they invite sophomores which have not won a Group 1 or Group 2 Pattern race.

Racing resumes Thursday at Ascot for seven races and continues through Saturday, first post time is 9:30 am daily. Play Ascot races with Xpressbet and 1ST/Bet and take advantage of 10X XB Rewards Points on all of your wagers. You must register for this promotion.