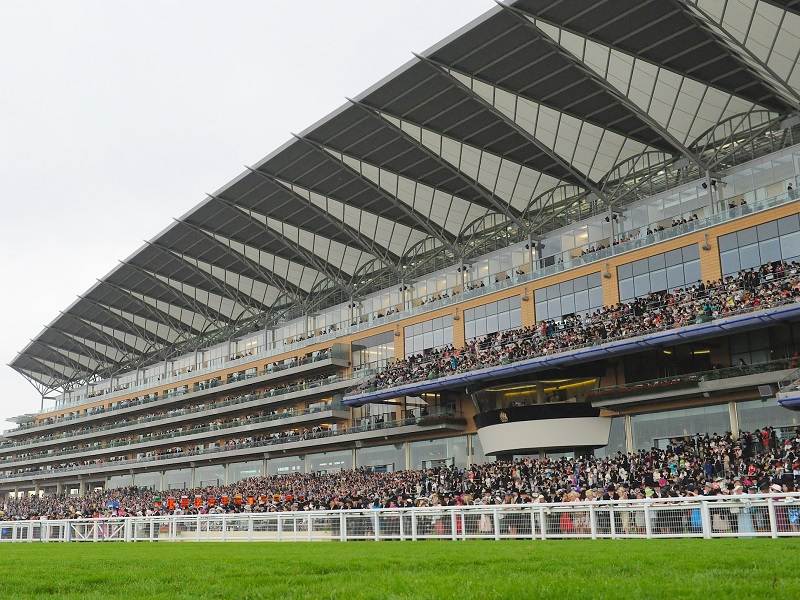 But, perhaps, the day's biggest news surrounded 5/6 favorite Stradivarius--going for his fourth Gold Cup victory and a tie with Yeats as the all-time winningest runner in the race’s history--finishing fourth. The popular 7-year-old never really got a clear run until late and even then, perhaps discouraged by earlier restraint, couldn’t muster enough to hit the trifecta for trainers John & Thady Gosden and jockey Frankie Dettori.

The Gosden’s enjoyed their second longshot winner in as many days as Loving Dream pulled off an 18-1 upset in the 3.40 G2 Ribblesdale Stakes (VIDEO). It also marked the training team’s fourth win of the week. Ridden by Robert Havlin, the 3-year-old filly was always prominent in the mile and one-half race before making a winning move and holding off late challengers. 17/2 Eshaada closed for second and 28-1 Nicest was third. The winning $1 trifecta returned over $5,000!

An interesting runner in the Commonwealth Cup is #21 Suesa, George Strawbridge’s unbeaten 3-year-old Irish-bred, French-raced filly trained by Francois Rohaut and ridden by William Buick. She’s a multiple G3 winner that has acted over heavy and soft ground for three of her four wins. That’s good news for connections because rain is forecast overnight and for Friday afternoon.

Close second choice in the Commonwealth Cup at 5-1 is Stonestreet Stables’ Campanelle, also an Irish-bred filly with three wins out of four starts, her only defeat coming in the Breeders’ Cup Juvenile Filly Turf at Keeneland in November. She was a G1 Prix Morny winner in France and a G2 Queen Mary heroine at Ascot in Great Britain at 2. Before that she broke maiden at Gulfstream Park. Wesley Ward trains and Frankie Dettori rides.

In the Coronation, 7-2 morning line favorite #6 Mother Earth will attempt to enhance a four-race G1 in-the-money streak for trainer Aidan O’Brien and jockey Ryan Moore. She closed resolutely to finish second in the Gr. 1 Breeders’ Cup Juvenile Fillies Turf in November and returned to win the G1 One Thousand Guineas at Newmarket in May.

9-2 second choice #10 Pretty Gorgeous for John Oxley, Joseph O’Brien and Frankie Dettori failed as favorite last out when beaten by Coolmore’s #2 Empress Josephine in the G1 Irish One Thousand Guineas. It was the first time the former has been off the board in six starts and it was her first out since October. Perhaps, she has a right to improve with an outing or, maybe, she won’t be able to transfer that fine 2-year-old form into her 3-year-old season.

Remember to register to earn 10X XB Rewards Points on all your Ascot wagers when you play with Xpressbet and 1/ST BET.