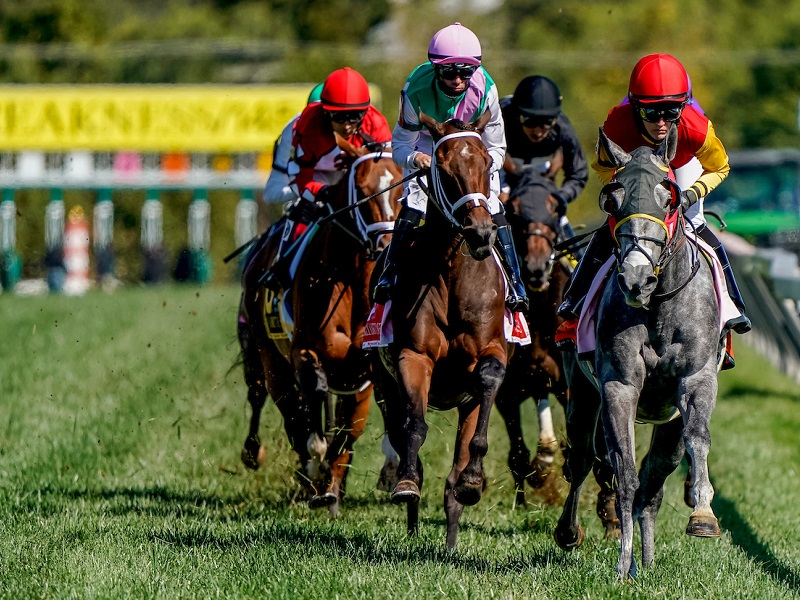 Pimlico's scheduled turf races today have been moved to a sloppy main track, but the 8th race remains difficult despite the surface change and could hold the key to unlocking today's 50-cent Late Pick 4.

MIAMI MUMBLES has a win and two thirds in main-track races at this distance and drops to the lowest level of his career. SPITBALL is a usable longshot off his sprint race at Belmont two starts ago for $16,000. He dueled 3-wide much of the way and gave way to the deep closers in the final 1/8th of a mile. GHOST STALKER, second in four consecutive long-distance tests before an unsuccessful turf try, gets ample pace flow to try an upgrade to a win.

OUTSIDE THE BOX took serious money last out at 6F after he chased fast middle fractions and tired in the race prior. He broke sluggishly and never contended, but he can turn the tables on many of the same rivals today. HAZELS LITTLE MAN has speed and the rail and shortens up for Ness, who has a positive R.O.I. the last 60 days in Maryland. COOKE BROTHERS wants all the pace he can get to try and upstage a series of runner-up rallies.

RATHER NOSY merits favoritism off back-to-back wins off similar rest at Santa Anita. But if she doesn't fire her best shot at 6F off the cross-country journey, it could be anybody's race, so we are hitting the "ALL" button in this leg.

TRADITION enters an underrated claim barn (5-29, +2.47 R.O.I. the last three years), draws in off the also-eligible list and offers much better value than his first two starts. GREY GIANT was slowed by the pace while finishing in the money in his last three starts before the claim. Morning-line favorite JESTFUL is too short of a price to use after he just missed in a 4-horse, turf-to-dirt route and whose speed is compromised by several stretch-out sprinters.