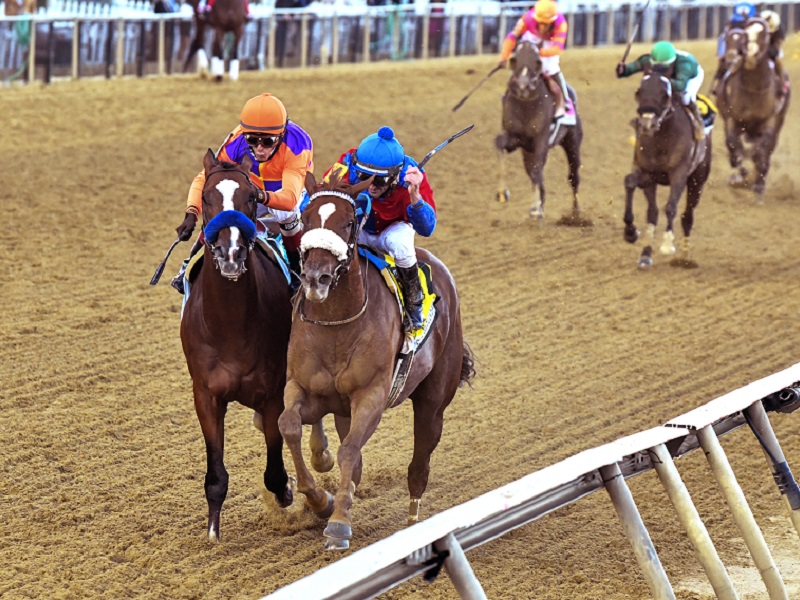 Saturday’s Grade 1 Whitney Stakes at Saratoga drew a select field of 5 at today’s post position draw for the $1 million contest in the Breeders’ Cup Classic division. The 94th edition of the Whitney features Pegasus World Cup winner Knicks Go, who drew post 4 and was established as the 6-5 morning line favorite.

Bet Saturday’s Whitney and Saratoga full-card with 1/ST BET and Xpressbet. Use the first-bet app for exclusive handicapping tools that make picking the races more efficient.

Knicks Go has controlling speed no matter the race or distance, and over Saratoga’s 9-furlong oval that speed will be of premium with a short run into the clubhouse turn. Expect Joel Rosario to put him on the engine. Silver State has won 4 in a row, including the 1-turn Grade 1 Met Mile. Even on the stretch-out, he’s more of a closer, but with an inside draw and aggressive early rider in Ricardo Santana, Jr., don’t be surprised if he comes out battling for that second spot early with Swiss Skydiver, the 2020 Preakness-winning filly, just to his outside. By My Standards, runner-up in this race last year, and Maxfield, only once-beaten in 7 starts, likely will take their spots at the back of the quintet.

The Saturday forecast is for between 30-40% chance of light rain in Saratoga Springs.