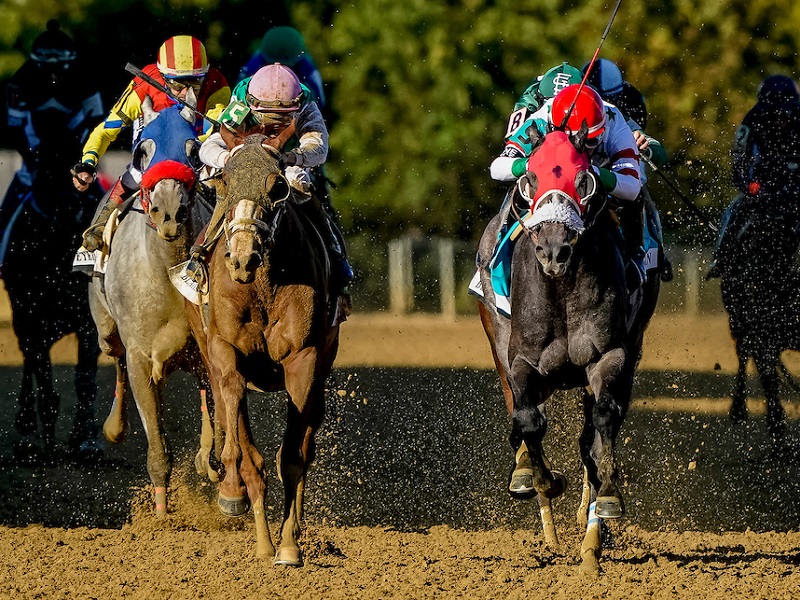 DIAMOND SETTER lost by more than 7 lengths in his last two starts at Parx, but it's interesting to note that both winners are a combined 14-80 with $521k in earnings and trained by Jamie Ness, who claimed Diamond Setter. PITCHING ARI got the jump on the odds-on favorite, bid 3-wide to a brief stretch lead and was outkicked by the 16-1 winner at Monmouth. GREEK PRICE tracked a fast pace while 3-wide, took over at the top of the stretch and was never threatened at 22-1 odds, earning a spot on the Pick 4 ticket.

MR. J. McKAY tracked the 3-to-2 debut winner and 8-to-5 second favorite through solid splits, came under a drive on the far turn and made some headway late while 4-wide. He could lead for as far as he goes today despite starting outside. CONTENDED NOW was slowed by the pace in a well-bet MSW debut, then was no factor with Lasix on soft turf in his follow-up. He shows a bullet workout on the main track and deserves a second look. LIGHTNING ROD returns from a 5-1/2 month layoff as a gelding for solid turf connections. RIP IT just missed in the same spot but offers little value and will be omitted on the ticket. He bid 3-wide into a fast pace and drew even in early stretch, only to lose by a neck against a pace setter who was winless in 10 starts.

TAPPIN CAT, first or second in 14 of 24 starts, briefly 'gained command' with a 3-wide rally on the final turn last out at one mile. But he was no match for longshot Honor the Fleet (28/6-4-2, $272k), who awakened for his first win this year and tested stakes company since then. THUNDERSHOOK controlled an easy pace en route to his third consecutive victory going a route of ground and he can make good use of his speed in this spot, too.

WHO U GONNA CALL switches back to turf after a much improved effort in a main-track route off the claim, finishing second to stablemate Mit Mazel (3-11, $89k). Her uncoupled running mate today, FOOL YOURSELF, fits a similar profile, winning two in a row in the Gonzalez barn. She also has a big turf number to run back to when she debuted last year as a 2-year-old. BECKON has two wins, three seconds in photo finishes and a third in long-distance grass tests this year, all from up-close to the pace. Her third was against stakes winner Out of Sorts (3-8, $155k). MAUREENLOVESFRANK exited a triple key race two back, buried lesser rivals in a dirt route and should be used on the ticket at 10-1.