Xpressbet has everything you need to bet Del Mar every year.

Xpressbet has everything you need to bet Del Mar every year.

Here’s what you need to know:

Where is Del Mar Racetrack?

Del Mar is located in Del Mar, California, just 20 miles north of San Diego. It is situated right next to the beach, hence Del Mar’s longtime slogan, “Where The Turf Meets the Surf”.

When does Del Mar race?

Del Mar runs live racing July through early September. A second live racing meet that runs November to mid-December started in 2014 and is known as the Bing Crosby Season.

How do I bet on Del Mar?

Xpressbet is your way to play all the races from Del Mar, including the Pacific Classic . Sign Up Now to Pick your Bonus and start betting today!

Celebrate summer at Del Mar by betting with Xpressbet! Bolster your XB Rewards bankroll by taking advantage of our lucrative XB Rewards Promotions for the hottest summer races, including this weekend's Pacific Classic. 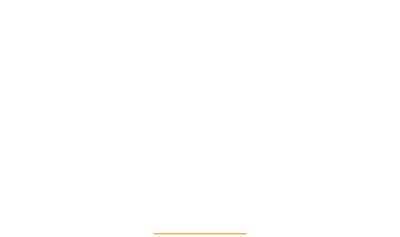 Del Mar Race track opened in 1937 thanks mainly to two men, singer and actor Bing Crosby and actor Pat O’Brien. Opening day 1937 featured Bing Crosby welcoming fans to his track. By 1940, Del Mar was the place for Hollywood stars to see and be seen. Del Mar opened during a time when Americans loved racing as much as they loved baseball ad Del Mar flourished, being called the ‘Saratoga of the West’.

The Del Mar track surface has undergone quite a few renovations in its history, from the dirt track being totally removed and replaced with a synthetic surface, and back again to dirt seven years later, to the turf course being widened to 80 feet. Del Mar has a one-mile oval with chutes for 7/8 and 1 1/4 mile races and a seven-eighths mile oval with a diagonal straight away chute for 1 1/16 and 1 1/8 mile races.

Del Mar opens Wednesday, July 17 with the Oceanside Stakes headlining the card. There are 41 stakes races this summer at Del Mar, and when betting Del Mar, keep in mind that horses that have performed well at Del Mar have a big edge over those who haven’t. Xpressbet is your way to play the races at Del Mar. Sign Up Now to Pick your Bonus and start wagering today!

Bet Del Mar Online, on your Tablet or your Mobile Smartphone (iPhone or Android).

Xpressbet offers live video for every track we offer, including Del Mar, home of the Pacific Classic.