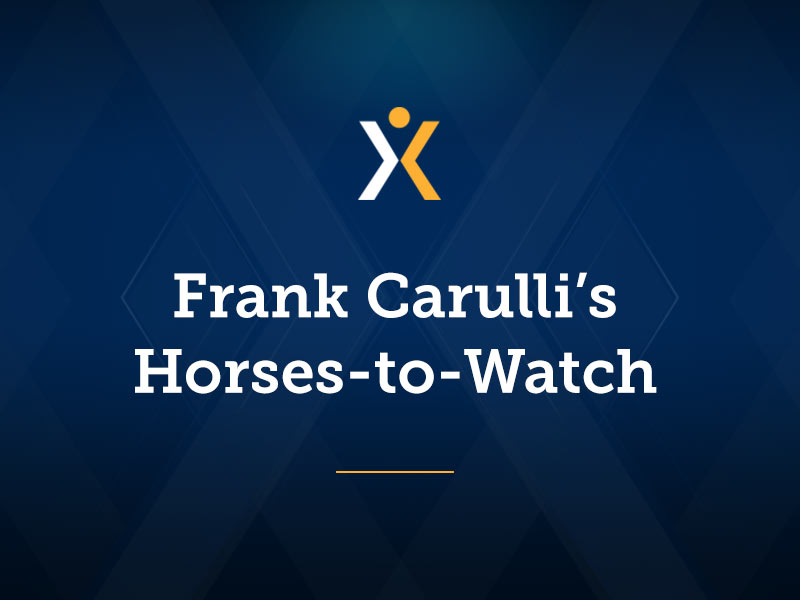 Frank Carulli is the former long-time track handicapper and racing analyst for the Maryland Jockey Club and a harness racing expert. Each week Carulli does double duty for Xpressbet by presenting both his Harness Horses-to-Watch and Maryland Jockey Club Horses-to-Watch lists. Follow Frank's live harness and Thoroughbred runners and make a bundle playing them with Xpressbet...well, at least that's the plan.

BILLY LINCOLN N (PHL) – Rallied for second on day when front end was the place to be.

BIG RICH (WDB) – Made a couple moves, dueled on outside, prevailed in stretch.

DELAYED HANOVER (MED) – Stayed in on final turn as fave got away, regrouped for second.

LONE WOLF TERROR (WDB) – Not asked until stretch, blocked, closed with a rush as beaten fave.

ROLLIN WITH HOLLY A (MEA) – Hard used, lacked room at key juncture, worth a playback.

WARRAWEE TOTAL (PHL) – Chased the winning fave through fast back half and held second.