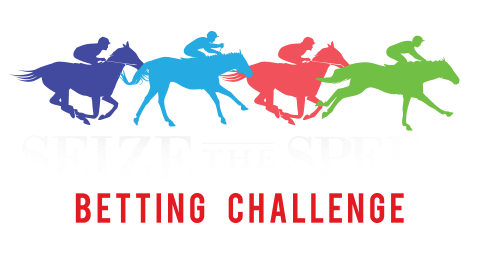 Official Rules will be posted as soon as possible.

This is a ‘real money’ handicapping tournament. The total cost to enter is $3,000 ($1,500 entry fee and a $1,500 live money bankroll – wagering card). At the conclusion of the contest, any dollar amount remaining on the wagering card remains the property of the player.

To enter the contest, fill out the entry form and indicate method of payment ($3,000 per entry). Gulfstream Park will accept credit cards or cash. The contest is limited to 200 entries total. Players may purchase or qualify a maximum of two entries per person. Day-of contest walk-ups and second entries will be accepted until the end of the third race at Gulfstream Park.

Tournament races will include all live races from Gulfstream Park on Saturday, June 30, 2018. Permitted wagers will include Win, Place, Show, Exacta and Trifecta wagers (Superfecta, Super Hi 5, or multi-race wagers are not permitted in the contest).

The players with the top bankrolls after the last race at Gulfstream Park on Saturday, June 30, will be declared the winners. It is the players’ responsibility to meet the wagering requirements listed above. If a player fails to reach the wagering minimums or places a wager on their card other than Win, Place, Show, Exacta or Trifecta on an eligible contest race, that entry can be disqualified from the contest. Tournament officials will make all decisions on disqualification from the contest in the event of a rule violation and all decisions are final. The remaining bankroll on the player’s wagering card remains the property of the player; however, their entry fee will not be refunded.

Eligible races will be all live races from Gulfstream Park. In the event of a cancellation of a race card, Tournament Officials reserve the right to substitute races from another racetrack.

Below are two examples of prize distributions depending on the number of entries:

Each participant will be issued a player card to be used for all contest wagers. This card contains the ‘real money’ bankroll of $1,500. If a player loses his/her card or the card is not working, the player should immediately contact a contest official to receive a new card. Gulfstream Park is not responsible for any races missed due to a malfunctioning or lost card.

All wagers must be placed through self-service machines. Wagers will not be accepted through mutuel tellers. Players must place all wagers personally. No person shall directly or indirectly act as an intermediary, transmitter, or agent in placing wagers for the player, unless authorized by Tournament officials. All official track rulings will apply to wagers placed in the Tournament except as otherwise stipulated.

Advance wagering will not be permitted unless prior approval has been obtained by a Tournament official. Wagers for each race must be placed after the prior race has been declared official. This rule is designed to maintain an accurate leaderboard.

8. CASHING OUT THE CARD BALANCE

Players will not be able to cash out their wagering card until after the final race at Gulfstream Park becomes official Should the player cash out his/her card before the last live contest race is official, that player’s entry can be disqualified from any prizes.

On winning wagers that result in a payoff at odds of 300 to 1 greater (based on the total amount of the wager per new IRS regulations) AND pay over $5,000, IRS withholding will automatically be deducted from the player’s card. For non U.S. based players, an equivalent amount will be deducted. Whereas, for contest scoring purposes, the gross amount of the winning wager will be recorded in the player’s score. Please note for purposes of contest wagering; only the net amount (the amount received after the IRS withholding) will be available to the player.

If a horse is scratched after a wager is placed, it is the player’s responsibility to change his/her selection prior to the race in order to meet contest parameters. If a late scratch occurs or a horse is declared a ‘non-starter’ and post time prevents the selection of an alternate horse or bet cancellation, the contestant will not be disqualified for failure to bet the minimum amount and any live tickets bet will be in play.

In a result of a tie between any of the top finishing positions, the player with the highest dollar amount of total wagers will be declared the winner for PWC and NHC positions. If both players finished with the same final bankroll and wagered the same amounts, the player with the largest single race profit will be awarded the qualifying spot. In the event both players finished with the same bankroll, wagered the same amount, and tied with the largest single race profit, the qualifying spots will be decided by whoever registered for the contest first. Cash prizes will be split evenly for players finishing in a tie with the same bankroll amounts.

NHC Tour membership is required for all participants prior to the start of the contest in order to win an NHC spot. Tournament participants may register for the NHC Tour at www.ntra.com/content/nhctour. The Tour fee is $50. Non-Tour members are ineligible for NHC Tour spots. NHC Tour members must be at least 21 years of age to participate in the NHC Finals in Las Vegas.

If a player has an ownership or other interest in any horses running in any of the contest races or holds a pari-mutuel license in any jurisdiction, then all involvements and licenses must be fully disclosed to Gulfstream Park Tournament officials prior to the start of the Tournament. Failure to disclose any ownership interest or license can result in disqualification. Trainers, owners, or any player with another interest (groom, jock agent, etc.) can bet that race, but must bet their horse to WIN in a WPS pool wager or “ON TOP ONLY” when wagering in the exacta or trifecta.

Liabilities for any and all federal, state and local taxes are solely the responsibility of prize winners.

Affidavits confirming compliance of all the rules of this contest will be required of all participants. All prize winners acknowledge that if they enter this contest under a fraudulent name and/or Social Security number, they will be immediately disqualified from this and all future contests held by The Stronach Group. Positive identification is required of contestants and prize winners. Positive identification is a Driver’s license with a picture and same address and birth date used on the entry forms, and/or other forms of identification as deemed adequate by contest officials. Social Security information is also the responsibility of the player and must be provided before the players are given their bankroll cards. Contestants also consent to the use of their names, pictures and video images to be used by The Stronach Group and Daily Racing Form.

The management of Gulfstream Park reserves the right to interpret all questions and conditions in regard to this event, without claim for damages or recourse of any kind. All decisions made by Tournament officials will be final and all questions and definitions not covered explicitly in these rules shall be interpreted by Tournament officials. Gulfstream Park reserves the right to amend these rules at any time.

Anyone found to have engaged in or attempted to engage in any act that Tournament officials believe in their sole and absolute discretion compromises or could compromise the competitive integrity of this contest will be subject to sanctions imposed by Gulfstream Park. The nature and extent of the sanctions imposed shall be in the sole and absolute discretion of Gulfstream Park management and may include, but shall not be limited to, the following:

Collusion among players will be grounds for disqualification, specifically, combining of entries.

The Leaderboard will populate when the contest begins.