XPRESSBET RACE OF THE WEEK 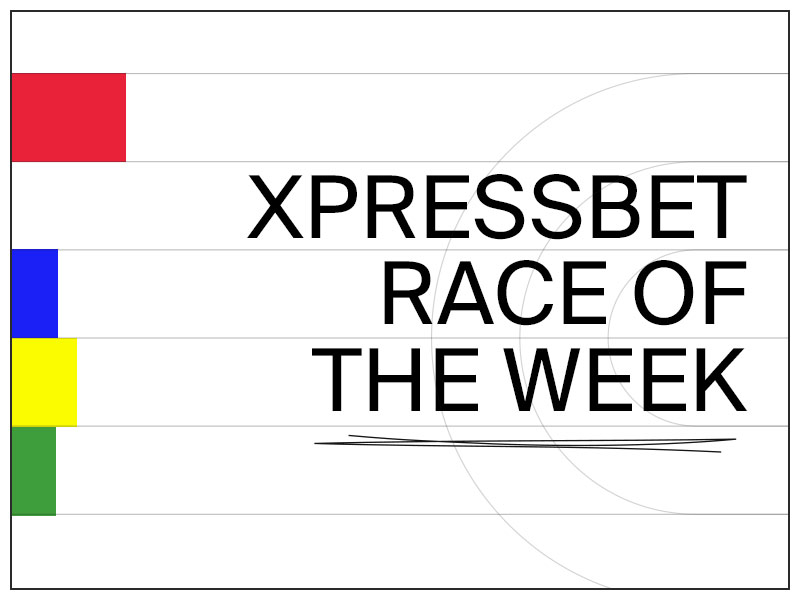 The Lead:
The Florida-breds remain on center stage for a second straight Saturday at Gulfstream Park. The program co-features the $75,000 Sunshine Turf in Race 4 and the $75,000 Sunshine Filly & Mare Turf in Race 10. The latter is part of the late pick four sequence, and note that players on the Xpressbet and 1/ST BET platforms play in that wager with an additional $2,000 hit-and-split promotion every Saturday and Sunday.

​Field Depth:
A trio of runners drop out of the Grade 3 ranks in QUINOA TIFAH, SISTER OTOOLE and KELSEY'S CROSS. KEY BISCAYNE is a stakes winner, while SUGAR FIX won the Claiming Crown Tiara. This quartet has held the strongest company lines of similar repute.

Pace:
QUINOA TIFAH should be rail speed and have early company from CLASSY WOMAN and perhaps SUGAR FIX. The pace looks average for a turf mile and does not appear to favor any particular style.

Our Eyes:
SUGAR FIX set the pace as the 8-5 favorite in this race last year and got swallowed late by the cavalry, finishing fifth by three-quarters of a length. The Saffie Joseph trainee was exiting a second in the Claiming Crown Tiara that day ... and she returns to the same scene Saturday after winning the CC Tiara in her last start. It's safe to say her form is as good as it's been and her 6: 3-2-0 local turf record makes her an obvious contender. Joseph stablemate LOVELY LUVY, fourth here a year ago charging from back in the pack at 19-1, doesn't appear to be much different form this time around. She's inconsistent and rarely wins, but can rally for shares.

SISTER OTOOLE makes her first start since a runner-up Nov. 13 in Woodbine's Grade 3 Maple Leaf. Formidable turf trainer Graham Motion cuts her back considerably in trip after 4 straight runs between 1-3/16 and 1-3/8 miles. The filly did break her maiden over this course and mile trip in 2020, so it will be up to top pilot Luis Saez to shake her up early and get her into this race that requires more 'quicks' than her last few. In that same handicapping light, KEY BISCAYNE also is a course mile winner in 2020 who has been going much farther of late. This race shape/pace doesn't look like it bodes positively for the longer, plodding types.

​KELSEY'S CROSS is a confirmed miler and fits the race, but has been off form. It's difficult for older mares to find their best again, but she matches up decently on speed figures if that's your bag.

The X-factor here is dirt sprinter QUINOA TIFAH for a red-hot Carlos David barn that won 3 races here last week. Julien Leparoux is a much better front-end rider than he's given credit for, and he should have this rail-drawn filly right into the mix from the start. Her two turf starts in the past weren't terrible efforts. This all-or-nothing filly has 3 wins and 6 off-the-board finishes in 9 starts. If she fires, she fires, and look out.