Cox Confident in Cyberknife Ahead of $3 Million Pegasus World Cup

Make every bet you place go further on the Pegasus World Cup and other top tracks with our Money-Back Specials, Pick Splits & More.

Choose your vibe and enjoy the Pegasus World Cup in person this year at Gulfstream Park.

In-depth look into each horse, analyzed by our XBTV Team, for this years Pegasus World Cup.

Want to bet the 2023 Pegasus World Cup Invitational Championship Series with Xpressbet? Here’s what you need to know:

Launched in 2017 as part of 1/ST’s mission to excite, energize and modernize the sport of racing for a new generation of fans, the Pegasus World Cup also provides lucrative opportunities for Thoroughbred owners and trainers. In just four short years, it has captured the attention of the racing industry, celebrities and fans from around the world and has established itself as a premier event on the racing calendar featuring some of the finest domestic and international runners.

Xpressbet is the legal, safe and secure way to bet the Pegasus World Cup and Pegasus World Cup Turf. All wagers made through Xpressbet directly commingle into track pools, and you can make all of your favorite bets, including the Pick 4, Trifecta, Exacta, Pick 3 and more, with us. Bet with your computer, smartphone or tablet and watch all of the action live with our high-quality video stream. So no matter how you like to bet, Xpressbet is Your Way to Play. Join us this year for the Pegasus World Cup – Sign Up Now to Get Your Bonus and start wagering today! 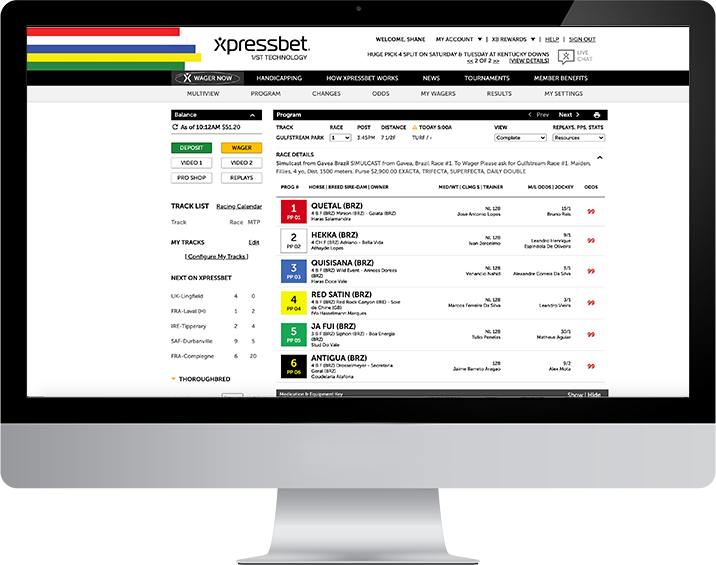